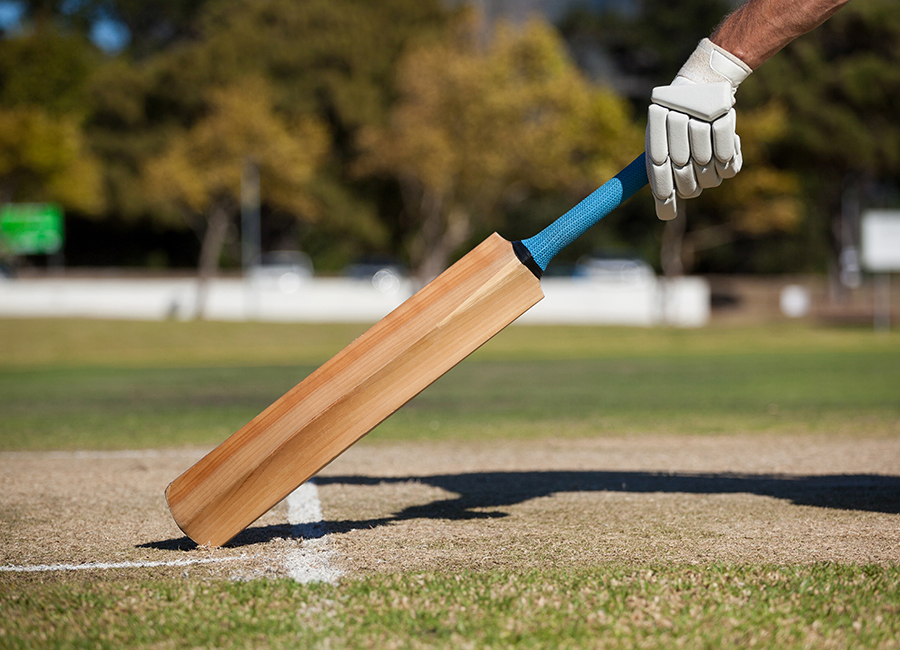 CRICKET IS THE MOST WONDERFUL ENTERTAINMENT IN THE WORLD

Forms of cricket range from Twenty20, with each team batting for a single innings of 20 overs, to Test matches played over five days. Traditionally cricketers play in all-white sports , but in limited overs cricket they wear club or team colours. In addition to the basic sports , some players wear protective gear to prevent injury caused by the ball, which is a hard, solid spheroid made of compressed leather.

Cricket is a bat-and-ball game played between two teams of eleven players on a field at the centre of which is a 22-yard 20-metre pitch with a wicket at each end, each comprising two bails balanced on three stumps. The batting side scores runs by striking the ball bowled at the wicket with the bat and running between the wickets, while the bowling and fielding side tries to prevent this by preventing the ball from leaving the field, and getting the ball to either wicket and dismiss each batter so they are “out”. Means of dismissal include being bowled, when the ball hits the stumps and dislodges the bails, and by the fielding side either catching the ball after it is hit by the bat and before it hits the ground, or hitting a wicket with the ball before a batter can cross the crease in front of the wicket. When ten batters have been dismissed, the innings ends and the teams swap roles. The game is adjudicated by two umpires, aided by a third umpire and match referee in international matches. They communicate with two off-field scorers who record the match’s statistical informationThe earliest reference to cricket is in South East England in the mid-16th century. It spread globally with the expansion of the British Empire, with the first international matches in the second half of the 19th century.

Cricket is one of many games in the “club ball” sphere that basically involve hitting a ball with a hand-held implement others include baseball which shares many similarities with cricket, both belonging in the more specific bat-and-ball games category golf, hockey, tennis, squash, badminton and table tennis In cricket’s case, a key difference is the existence of a solid target structure, the wicket originally, it is thought, a “wicket gate” through which sheep were herded, that the batsman must defend The cricket historian Harry Altham identified three “groups” of “club ball” games: the “hockey group”, in which the ball is driven to and fro between two targets the goals the “golf group”, in which the ball is driven towards an undefended target the hole and the “cricket group”, in which “the ball is aimed at a mark the wicket and driven away.

According to the social historian Derek Birley, there was a “great upsurge of sport after the Restoration” in 1660. Gambling on sport became a problem significant enough for Parliament to pass the 1664 Gambling Act, limiting stakes to £100 which was, in any case, a colossal sum exceeding the annual income of 99% of the population. Along with prizefighting, horse racing and blood sports, cricket was perceived to be a gambling sport. Rich patrons made matches for high stakes, forming teams in which they engaged the first professional players.By the end of the century, cricket had dreamed into a major sport that was spreading throughout England and was already being taken abroad by English mariners and colonisers – the earliest reference to cricket overseas is dated 1676.A 1697 newspaper report survives of “a great cricket match” played in Sussex “for fifty guineas apiece” – this is the earliest known contest that is generally considered a First Class match The patrons, and other players from the social class known as the “gentry”, began to classify themselves as “amateurs” to establish a clear distinction from the professionals.